Why hasn’t the Blu-ray players gone mainstream?  We all love the home movie experience with our big flat screen monitors.  Maybe they were never that good?

Recent research has shown that a large percent of viewers still watch movies on disc, meaning there's hope for Blu-ray. On the other hand, after years of Hollywood studios fighting the trend, the future is clear: Movies and video are moving to online streaming services.  No more discs and store late fees.
Simply rent or buy the movie online Netflix’s etc....US internet users watching online video to the tune of 182 million viewers in the last 12 months. It won't be as sharp a picture as that offered by a Blu-ray disc, but you don't have to get off the couch.

There wasn't enough of a qualitative difference between the picture quality offered by an  DVD and that of a Blu-ray disc for most people. Sure, analysts can tell the difference, but it isn't  enough difference to make viewers sit up and take notice. It wasn't like the jump from VCRs to DVD players or from giant tube TVs to flat screens.
And now it may be too late for Blu-ray.   In the studio here we decided that it wasn’t worth investing in the Blu-ray delivery for clients. 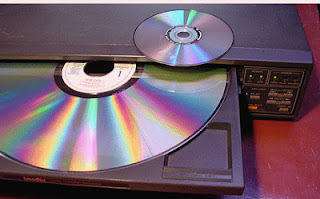 How about bringing the Laser Disk back!