Motion Comics are a developing content that is seeing a rise in popularity though downloads on i-Tunes and webisodes. Binary Recording Studio is proud to be involved with the "Claw and Fang" Series.
THE CLAW AND FANG
Hoping to fill an unknown void in his mundane existence, Justin has given up on life in the real world choosing to live in a virtual one. The Firewoman forces the eternal Warrior King back into the real world when she bestows upon him the ancient Shaman relic that controls the fate of two worlds. A relic promised to a powerful demon.
View Trailer - http://www.youtube.com/watch?v=DEldzD53R-M
Posted by Binary Recording Studio at 1:55 PM 1 comment: 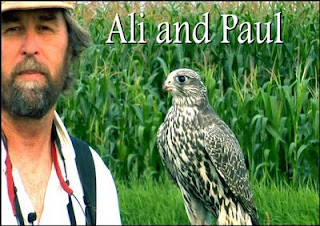 Ali and Paul a short documentary received the best film, audience pick in the 2011 NW Projections Film Festival. Ali and Paul is a film about a falconer and his bird of prey.

The film covers the methods of training a gyrfalcon from nestling to an adult in the field, following the developing synergy of trainer and falcon. This film has an emphasis on the human interest story. The viewer shares in the passion, joy, and achievements between Paul and his bird of prey, as well as Paul's challenges of maintaining relationships, jobs and other aspects of everyday life. This film was produced by Binary Recording Studio

Posted by Binary Recording Studio at 6:11 PM No comments: